SC Moatti is a woman of many roles – a venture capitalist, a founder of businesses, a digital engineer, a writer, a frequent speaker at conferences, and a “technology visionary”. The latter title, she “uncomfortably” appropriated when editing her biography on the social media platform LinkedIn.

“Often, women are waiting for other people to call them experts, or anything that they think they can only dream to be. But as a female entrepreneur, I’d say ‘Call yourself whoever you want to be, and therefore you are that person’,” she told Innovation Hong Kong in an interview. Ms Moatti, is managing partner at Mighty Capital, a venture capital firm based in Silicon Valley in California in the United States.

She spent about two decades working in the technology sector in Silicon Valley, including for global tech giants Facebook and Nokia. At Mighty Capital, she is backing some of the hottest tech companies in the world including Airbnb, a hospitality service brokerage which earlier this year valued itself at US$38 billion, in an internal valuation conducted in preparation for a potential initial public offering.

“We look at specific criteria for picking our portfolio companies,” the entrepreneur explained when asked about her firm’s due diligence process. “We first look at the team of the start-up”, namely whether it has within it “complementary skill sets, compatible communication style and appetite for risks,” she added.

“Then we look at its market size, adoption, engagement, revenue and finance; and finally, we consider if the start-up is a fit to our firm. We invest in companies that can, in essence, make use of 200,000 product managers,” she said. That was a reference to Products That Count, a digital platform she founded in 2014. It links a vast network of product executives and offers speaker events as well as podcasts and tutorials.

In 2016, Ms Moatti published a book called “Mobilized: An Insider’s Guide to the Business and Future of Connected Technology”, addressing some principles of developing a successful mobile-technology product.

“I think of mobile as everything that’s outside of us,” she said, citing three rules as foundations for an outstanding mobile product: the “Body Rule” – efficiency and beauty; the “Spirit Rule” – personalised and meaningful; and the “Mind Rule” – learning and growing.

A common thread when defining a beautiful individual or a beautiful digital product was a “wow factor”, she stated, suggesting that was present in an unassuming but important feature of Airbnb, part of Mighty Capital’s investment portfolio.

Airbnb’s wish-list feature used to have a star to identify places users aspired to visit. She described that icon as “very rational”. “Then the company replaced the star with a heart, which basically says ‘I love this place’, bringing the icon to an emotional level,” Ms Moatti noted. She said Airbnb saw an increase of more than 30 percent in the aggregate of places added to the wish-lists after the icon was changed.

Regarding the comparison between mobile technology and the human spirit and mind, she noted: “Everyone wants to have a meaningful life; we also want our technologies to give us meaning and provide personalised services.”

She added: “As we all want to learn and grow as individuals, we want our technologies to be able to learn, to grow and to evolve.”

Technology that is meant to have accretive capability, such as artificial intelligence (AI), is important to Mighty Capital.

Ms Moatti is setting her sights on AI start-ups based in China, a country with an ambitious plan to be a world leader in that sector by the year 2030. She is making use of the product executive network she has created in exploring the sector.

“I believe China has a better position to win the AI race than the U.S,” said the entrepreneur. One reason is that China has a long-standing role as a global manufacturer and industrial producer. The industrial portion of China’s economy accounted for more than 40 percent of the country’s gross domestic product in 2018, according to the National Bureau of Statistics of China.

Manufacturing is very “process-oriented” meaning it is likely to be “disrupted by AI” more quickly than many of the predominant industries in the U.S., she noted. China’s development of AI had also been stimulated by a potential threat to the country’s economy: the ageing population as a result of the one-child policy, argued Ms Moatti.

“For a long time, people thought China has a problem of not having enough young people to take care of older people. Not at all, because this creates an incentive for AI to take care of the services” that can’t be staffed by young people, she noted.

Another key driver behind China’s AI boom was the vast amount and high availability of data, she observed. Since AI can identify patterns in a pool of data through machine-learning algorithms, the more data fed into the system the better.

In the absence of clarity on data privacy in China, it was easier to harvest data there than in the U.S. In China there were more than 800 million Internet users in the country as of August last year, and a network of 170 million surveillance cameras on the streets, according to the most recent data from the China Internet Network Information Centre (CNNIC).

“AI is a game of collecting data,” said Ms Moatti. “Whomever gets more data gets more competitive advantages. While there’s more data being collected by Chinese companies than by U.S companies, China will win in the long run.”

Public concerns over personal data security and privacy are questions that have not been addressed globally. Ms Moatti observed that breaches of privacy regarding personal data can occur not only at the hands of individual hackers and corporations, but also of governments.

“In order for us to confidently let the governments use the data, we need to define some policies. But very few countries are willing to do so because governments right now are too ignorant about technology, and their ignorance is slowing things down for everybody,” she lamented.

“It’s a big concern because if they can’t understand it, they can’t regulate it. It creates risks for the citizens and slows down the pace of innovation.”

Guidance on data privacy and usage is becoming a pressing matter when users are giving up not only data on their daily behaviour – be it online and offline – but also on their own genetic heritage.

Since last year Mighty Capital has partnered with Fabric Genomics, a start-up that provides genomic data analysis for hospitals and pharmaceuticals with the use of genomic data processing and algorithmic tools. Not only can it accelerate patient diagnosis in hospitals, she said, but it can also play a pivotal role in addressing child health issues as their medical records are by definition limited. Such technology also helps spur drug development when applied to pharmaceuticals, she added.

“The trend of more consumerisation of life sciences is creating so many interesting opportunities,” she observed.

“People who work in life science are very patient as they deal with regulation, market-testing and drug development that easily can take 10 to 15 years. On the other hand, people who work for consumer technology such as WeChat, Facebook or WhatsApp are very impatient because they have to be quick to stay relevant,” Ms Moatti stated. “When life science meets data science – where ‘patient’ people and ‘impatient’ people work together, you have an explosive recipe for innovation.”

She added: “Once you reach the critical task of balancing data collection and privacy, the sky is the limit.”

GameOn receives $35 million in Series B … 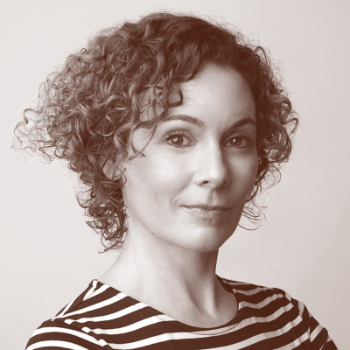